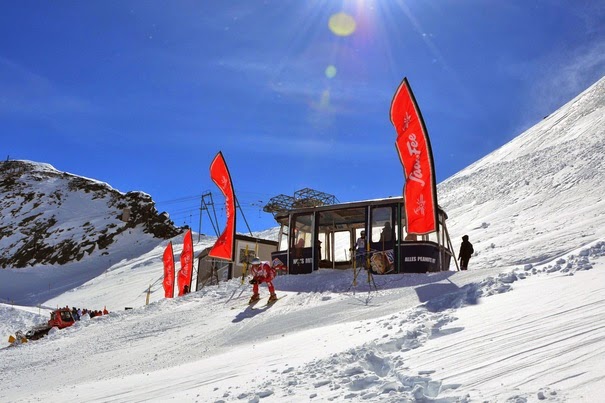 This year will bring us the 32nd edition of the glacier downhill races here in Saas Fee, on the 4th and 5th April. Participants from all over Europe arrive in Saas Fee to compete in various disciplines over the two days.

The event itself is regarded as the worlds highest downhill glacier races. The race starts at Mittelallalin which lies at 3500 meters and finishes in Saas Fee at 1800 meters, with some of the participants completing the course in around 2 minutes 40 seconds!

With Saas Fee lying at 1800m and able to ski at 3500m on the glacier it is an ideal resort for that late season 'snow sure' holiday, so if you're looking to get in one more ski trip before the summer, then spring skiing in Saas Fee is perfect. Here at OTP Swiss Holidays we can cater for any requirements, everything from transfers, hotels/apartments, ski passes, rental and even catering. Take a look at our website www.otp.co.uk to find out more and to receive a personal quote.
Posted by OTP at 10:27 No comments:

Because there's more to life than short turns and big speeds.

With the introduction of Skiers Halfpipe and the Slopestyle events at the winter Olympics this month, and their ensuing popularity, many have started to realise that skiing and snowboarding is about a lot more than just getting down the hill. Hungry for a bit more of the action but already missed this years’ winter X Games? Worry not, let me introduce you to the even more exciting event, The Freeride World Tour. 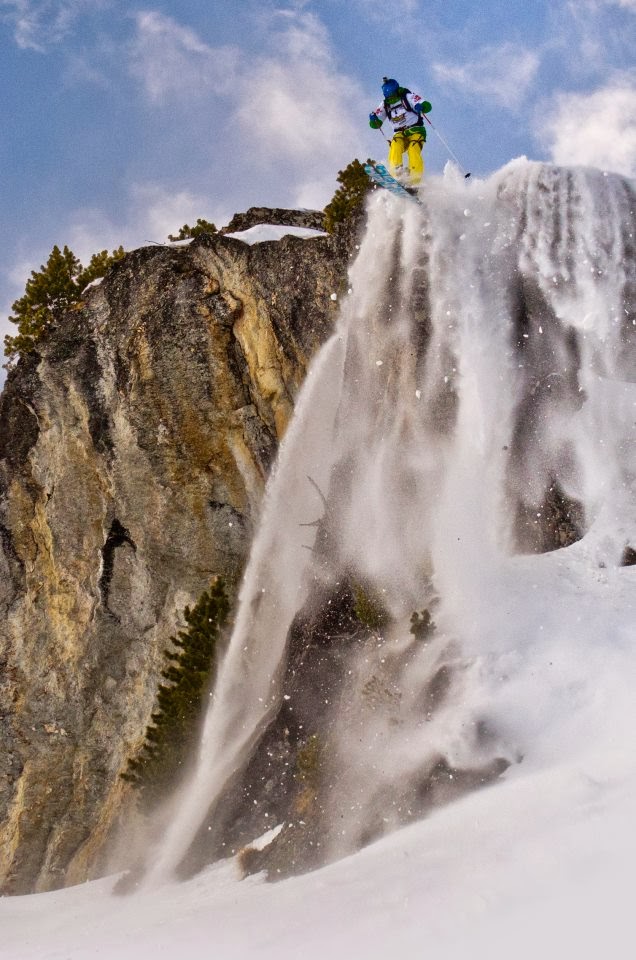 Starting back in 1996 with Verbier Extreme, which was only for snowboarders until 2004 when freeskiers were allowed to enter. Over the years it has expanded to include events from all over the world, such as Russian Adventure in Sochi, Big Mountain in Fieberbrunn and Nissan Freeride in Tignes and St.Moritz. Then in 2013 the Freeride World Tour merged with The Freeskiing World Tour and The North Face Masters of Snowboarding, to make one unified global 5* championship series.
Entry for the FWT is achieved through a points based system known as the FWQ Ranking, with points earned at qualifying events, such as Nendaz Freeride, which itself has been running since 2007. Nendaz Freeride is run from the heart of the 4 Vallees which is well known to many for its fantastic, and seemingly endless off-piste opportunities, and the event is held over 2 days, usually mid to late March.

The first day is for qualification, on which 100-150 riders compete, with two chances each to show the judges what they are made of, being allowed one run from each of the two spots selected (from the top of the areas marked in pink below)on the backside of Le Dent de Nendaz. Public viewing of the event is welcomed, and can be accessed from the top of Le Dent button lift, above Tracouet. 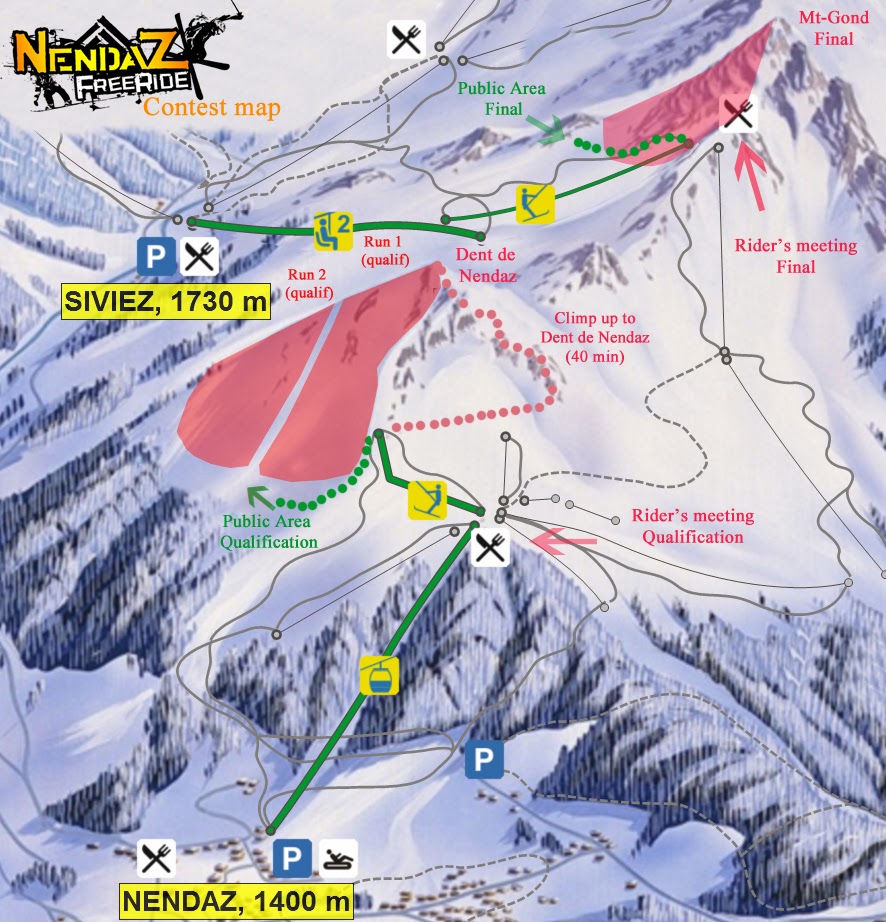 On the second day, the final 60 riders (approximate, depending on the weather) get to compete for the top positions, FWQ points and the prize money, with just one run from a preselected spot at the top of Mont Gond. This is often the best day to go along and watch, and the public viewing area is well signposted and marked and an easy traverse from the top of Plan du Fou, accessible from both the Nendaz and Siviez side, where you'll easily find a good spot to watch the action. Picnics, drinks etc are always a good idea, but remember to make sure you don't leave any rubbish behind. 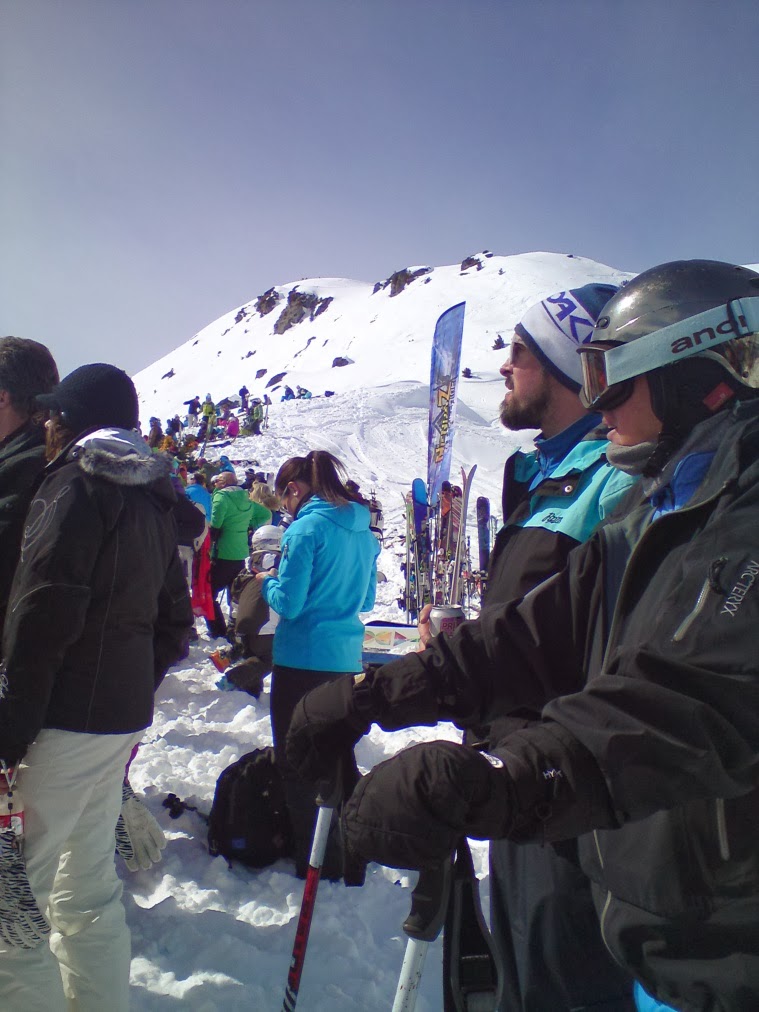 The only advance information the riders have about where their starting spots are through pictures released in the week leading up to the competition, and are allowed to check them out from the bottom, on the morning, so a lot of their route planning is very short notice, and there are no practice runs. This makes the Freeride competition a very exciting event for competitors and spectators alike.

The Nendaz Freeride runs from 14th-18th March this year (14th qualifiers, 15th finals, the other days are backups in case of bad weather). More information can be found at:

www.nendazfreeride.ch Where you can watch the event coverage from anywhere in the world.

www.freerideworldtour.com Where you can keep up to date with all of the Rankings, Competitions etc.
Posted by OTP at 23:15 No comments: