With over thirty top Swiss ski resorts to choose from at www.otp.co.uk, it can be hard to know which one is right for you. So, to help you decide, we will be doing a blog focusing on a particular resort and its merits. First up, Laax!

Laax is an expansive and slightly unique ski resort in the canton of Graubünden. Its eastern location in Switzerland means that it is an easy resort to get to, only taking ninety minutes from Zurich.


With over 235 kilometres of piste, Laax has plenty of variety in its slopes and is suitable for all groups and abilities. 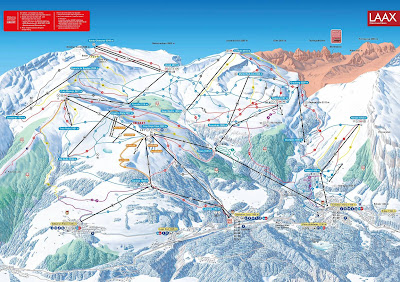 From skiing on the Vorab glacier, the highest point of the resort at 3,018 metres, to eating at excellent mountain restaurants, there’s something for everyone to enjoy. The connected resorts of Flims, with its extensive network of hiking and cross-country skiing trails, and Falera, an authentic Swiss village, really add to the diversity of the ski region.

That being said, Laax is particularly renowned for freestyle snowboarding and skiing. In fact, the peak of Crap Sogn Gion has become somewhat of a Mecca for adventurous snowboarders looking to experience the mountains to their full potential. 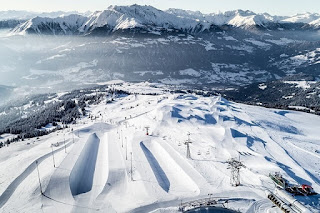 It’s no wonder, then, that it has been named the World’s Best Freestyle Resort at the World Ski Awards for the past four years in a row. David Hablützel, a professional snowboarder from Switzerland, described the resort as ‘one of the top freestyle spots in the world.’ Indeed, it often plays host to elite freestyle events, such as the recent 2020 Laax Open. So, whether you’re only just learning to 180 or are already pulling off double backflips, Laax is the resort for you.

Check out available accommodation with our Live Availability & Booking system at www.otp.co.uk