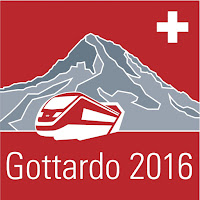 The opening of the Gotthard Base Tunnel – a milestone of worldwide significance and a public festival for all ages.

The main purpose of the Gotthard Base Tunnel is to increase total transport capacity across the Alps, especially for freight, notably on the Rotterdam-Basel-Genoa corridor, and more particularly to shift freight volumes from road to rail to reduce fatal crashes and environmental damage caused by ever-increasing numbers of heavy lorries. Another benefit will be to provide a faster connection between the canton of Ticino and the rest of Switzerland, as well as between northern and southern Europe, cutting the Zurich-Lugano-Milan journey time for passenger trains by about an hour and from Lucerne to Bellinzona to 1 hour 25 minutes this is because passenger trains will be able to travel up to 250 km/h (155.3 mph) through the GBT and an estimated 200-250 trains per day will go through the tunnel. 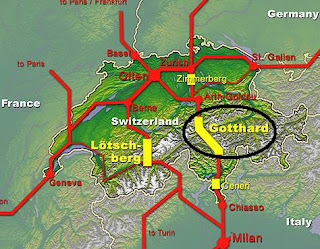 Construction of the world's longest - and deepest - railway tunnel, in Switzerland, is complete.
The NEAT Gotthard Base Tunnel, when it opens to the public on June 1 2016, will transport passengers from Zurich to Milan in two hours and 50 minutes!
Measuring 35 miles, it surpasses Japan’s 14.5-mile Seikan Tunnel, which connects the main island of Honshu with the northern island of Hokkaido.
Work began on the ambitious project, which was funded by Switzerland at cost of around $10.3 billion or £6.5 billion, 20 years ago in 1996. Over 2,000 workers were drafted in to excavate more than two million truck loads of earth from as deep as 8,000 feet below the surface of the earth.

On 1 June 2016, 17 years after the first blast in the main shaft, the world’s longest railway tunnel officially opened.

The Gotthard Museum is located in a 1834 building which used to be used for stops and as customs house and hotel for passengers transiting on coaches. A visit to the museum will give you knowledge of Switzerland and will be useful to those who wish to better understand the country’s soul. The museum exhibits reconstructions, reliefs, plastic models, documents, arms and uniforms, pieces of art, minerals, rare objects and antique vehicles. The museum often organizes temporary exhibitions. Captions and guided tours are presented in four languages: Italian, French, German and English. Guests may dine in the restaurant or may request the organization of banquets.

SwissPasses.com now offer the unique experience of travelling on the special Gottardino train between 2nd August & 27th November 2016, before the tunnel is open to normal traffic. You also get a tour around the special multi-function train station 800m below Sedrun (approx. 1 hour). 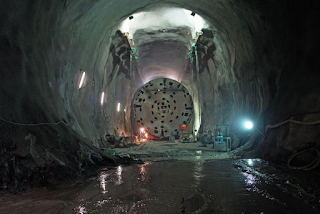 Have a look at http://www.swisspasses.com/classicrail/packages/gotthard/index.htm to take advantage of this unique offer.