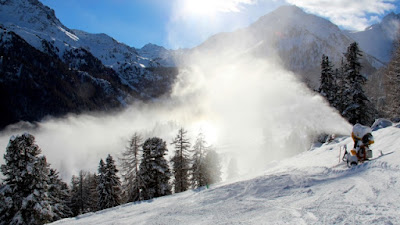 From Christmas Veysonnaz will have a brand new gondola seating 10 people, it'll be going to the top of the legendary Piste de L'ours in less than 8 minutes! It'll be able to transport 1,550 passengers per hour.
﻿

Verbier opening Party!
﻿
The winter season will officially start on the 3rd December and Verbier have organised an amazing weekend for you!!
On Saturday dress up as Santa Claus and get a free ski pass for the day, as well as another day of your choice in the season!!
The ski passes will be given out during the group photo at the Chalet Carlsberg at 3pm, you'll also be entered into a lucky draw to win a 16/17 season pass!!