History of the ski link and the new gondola

When the new gondola running between Siviez and Plan Du Fou opened up this week it was more than 60 years since the first Nendaz ski lift was put in (before 1952 the only way the first skier’s could get up the mountain was by a type of coach on a sled). 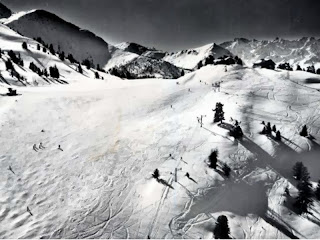 The real skiing began in 1958 when they installed a cable car between the and the plateau at Tracouet. This is when Nendaz became more than just a local farming village. Gradually throughout the 1960’s ski tourism really began to take off and the Telecabine was not enough to cope with the demand so the first big investment was made. In 1968 1,700,000 CHF was spent on upgrading the Nendaz Telecabine, more comfortable cars, greater capacity, and new lifts on some of the slopes leading to and from Tracouet.

By 1976 the surrounding areas of Veysonnaz and Verbier had also developed their lift systems and so a link was made, by means of Super-Nendaz, today known as Siviez. This new link meant that skiers could ski a very large area, with 80 lifts, all on one ticket! As the eighties began Nendaz drew its new partners attentions to Mont Fort, high enough to ski all year round, at which point a joint investment with Televerbier saw a cable car to the top of the 3,300m glacier operational by 1983. 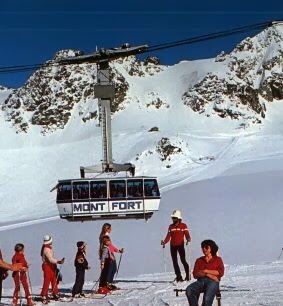 For most of the 1980’s there wasn’t so much development as investing to maintain and secure, keeping the lifts they had maintained, and buying up land to ensure the ski slopes would always be available for use. At the same time, advances in technology and awareness about the possibility of unfavourable conditions, also led to investment in snow canons. Ensuring guests could still ski in high season, no matter the weather.

﻿
By this time the village itself had really started to develop into a popular ski resort, with the operating from 1962, with Mariethoz Sports opening up ski shops at the same time. A large amount of apartment buildings were constructed in the late 60’s and early 70’s and a number of hotels and auberge’s. In the early 1990’s the Telecabine was upgraded once more and a second , Neige Aventure, was set up, along with its own rental shop. By this time there were already a number of hotels, restaurants and bars doing a good trade with tourists from all across . Throughout the turn of the 21st Century the development continued, including the resorts popularity increasing with English and American tourists, and the construction of more hotels and apartment blocks. 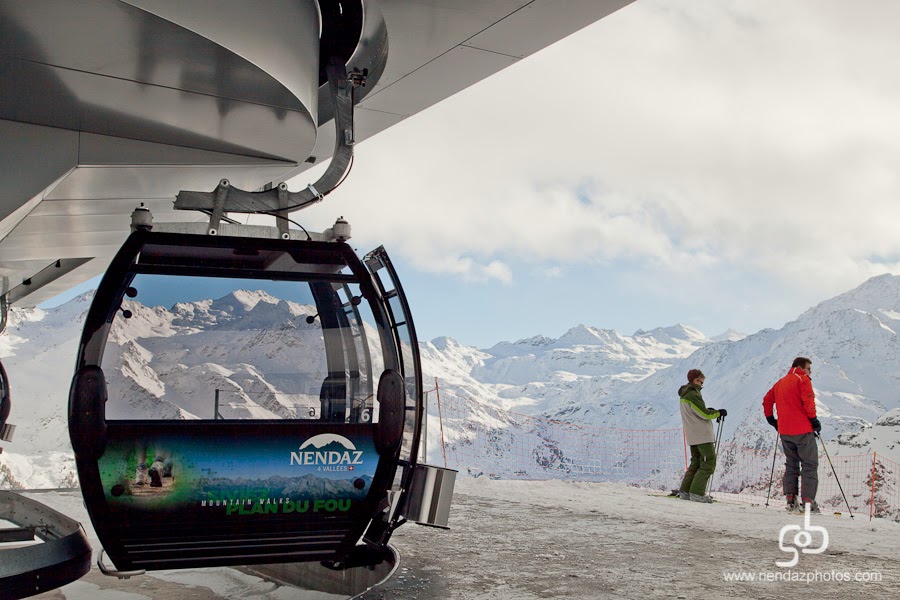 Nendaz is now a popular holiday resort with a wide choice of accommodation, restaurants, shops, ski schools, non-skiing activities such as the spa within the new 4 vallees hotel and night life, and a lively après-ski, suitable for families, couples, groups. Frequented by a varied and even mix of people from around the world, both in terms of residents and tourists, as well as the friendly locals still maintaining a way of life held for generations.


OTP has been offering holidays to Nendaz for 20 years and are experts in the region. With easy access from all Swiss airports, Les 4 Vallées is a brilliant place to ski.

Click on www.otp.co.uk to go to our Nendaz pages, also with live lift information.